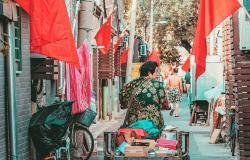 This article challenges the dominant view that China has risen, and that its economic ascent has created a restless empire poised to overturn the liberal international order. This author argues that China's deep integration into the global economy from the early 1990s onward, as necessitated by both Chinese domestic politics and America's grand strategy of drawing China out, has eventually set the country on a path of dependent development and has made China not a solid superpower candidate, but rather a fragile great power. It is ironic that it is the empire-sized country's entrapment in semi-peripheral development, rather than its economic-technological ‘rise’, that has inevitably led to the return of great power rivalry and the coming of the new Cold War.

Photo by zhang kaiyv from Pexels