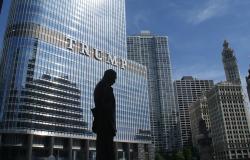 Donald Trump was expected to dismantle the internationalist approach that has dominated US foreign policy since the end of the Second World War. However, his impact is narrower than is commonly supposed. In some areas, he was able to generate some significant change, while in many others he failed to pursue his revisionist agenda. This article explores the reasons for this surprising result by investigating the relationship between Trump's leadership style and his advisory system. Building on the model of Preston and t'Hart it elaborates a new framework for presidents with leadership traits similar to Trump's, namely, a high need for power, low conceptual complexity, and low experience. The model presents two opposite ideal-types of interaction between the President and their advisory system – ‘presidential predominance’ vs. ‘presidential permissiveness’ – that help us better understand how Trump failed in certain issue areas and succeeded in others. The model is then tested on two case studies, one in which the president failed and the other in which he achieved his goals. These are respectively the cases of NATO and the World Health Organization (WHO).