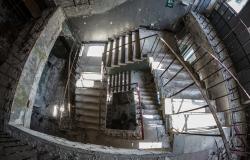 Many international organisations (IOs) are currently challenged, yet are they also in decline? Despite much debate on the crisis of liberal international order, contestation, loss of legitimacy, gridlock, pathologies and exiting member states, there is little research on IO decline. This article seeks to clarify this concept and argues that decline can be considered in absolute and relative terms. Absolute decline involves a decrease in the number of IOs and their authority, membership and output, whereas relative decline concerns a decrease in the centrality of IOs in international relations. Reviewing a wide range of indicators, this article argues that, whereas there is limited decline in absolute terms since 1945, there may well be important decline in relative terms. Relative decline is more difficult to measure, but to probe its significance this article presents data from speeches during the United Nations General Assembly General Debate. It shows that IOs were most often mentioned in 1996 and that there has been a decline since. These findings indicate that, whereas IOs might survive as institutions, they are decreasingly central to international relations.