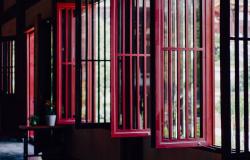 US policy toward the People's Republic of China (PRC) has come under increasing attack in Washington, as a growing chorus of analysts paints the PRC as a revisionist power seeking to undercut existing multilateral institutions. We observe, however, that China's approach to multilateralism varies across different issue areas, and we argue and show that China's approach differs depending on the strategic landscape of any given context. We conclude that it is thus a mistake to view China through a single lens as either a ‘revisionist’ or a ‘status‐quo’ power.

Resisting Post-truth Politics, a Primer: Or, How Not to Think about Human Mobility and the Global Environment
Pinar Bilgin
Special Issue: Critical Perspectives on Human Mobility in Times of Crisis