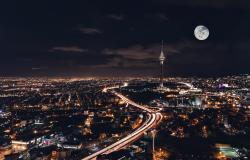 Sino-Iranian relations are transactional, asymmetrical, and constrained by divergent interests and priorities. Iran's isolation and depressed economy make it a risky if inexpensive investment for Beijing, whereas Iranian critics view China as self-serving and opportunistic. Although stability and cooperation are integral to China's Middle East strategy, Iran is a revisionist actor that promotes regional dissonance and instability. These intrinsic tensions do not detract from an important but less palpable dimension of Sino-Iranian relations: By deliberately cultivating an air of ambiguity around their cooperation and its future prospects, both countries have been exploiting their bilateral ties as leverage with third parties.

Photo by Kamran Gholami from Pexels

Expatriation: A Last Refuge for the Wealthy?
Robert T. Kudrle
Vol 6, Issue 4, November 2015
The Better Angels in Our Nature: The Decline of Violence in History and Its Causes
Douglas Bulloch -
Vol 3, Issue 2, May 2012
Too Big To Fail?: The Transatlantic Relationship from Bush to Obama
Michael Cox
Special Issue: Changing the Debate on Europe – The Inaugural Dahrendorf Symposium