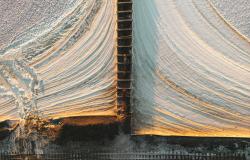 Since the ancient Persian empires, Iran has been the key local actor in the Persian Gulf. In the modern era in particular, it has been engaged in periodic struggles for power with the great powers in this region. Therefore, it would be crucial to ask how Iran would evaluate China's increasing engagement in the Persian Gulf, especially its close ties with Iran's archrivals. As history suggests, Iran's relations with great powers in the Persian Gulf, coupled with the dynamics of transition in the international system, may be the most critical factors shaping the Sino–Iranian relations in the Persian Gulf. These two factors shape the emerging Iranian perception of China's presence in the region in three areas. Geostrategically, Iran views China's increasing presence in the Persian Gulf as a new window of opportunity to alleviate its security dilemma. Although Iranian leaders have concerns about military cooperation between China and Saudi Arabia, they trust that China could be a new balancing force against the United States. In the geoeconomic sphere, Iran seeks cooperation with China in two areas to overcome its regional rivals, that is, Saudi Arabia and the United Arab Emirates: it wants to become China's number one trading partner in the region and participate as much as possible in China's energy security. Finally, in terms of connectivity and transit, Iranian leaders hope to define their zones of influence in Iraq and Syria as the main route for the Belt and Road Initiative.

Herding Cats and Taming Tax Havens: The US Strategy of ‘Not In My Backyard’
Ronen Palan and Duncan Wigan
Vol 5, Issue 3, September 2014