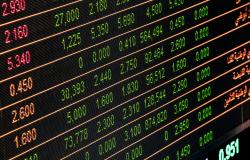 What are the implications of the proliferating preferential trade agreements (PTAs) for the liberal trade order? Many scholars and practitioners see large increases in PTAs as a destabilizing factor that undermines core features of the post‐war international trade system. By contrast, this paper argues that the accelerated growth of PTAs since the mid‐1990s enhances the resilience of the liberal trade order. PTAs increase the ability of the order to accommodate heterogeneous preferences and distributive conflicts. They represent a continuation of a longer path of liberalization set in motion by the General Agreement on Tariffs and Trade (GATT). This path‐dependent development created conditions for a gradual expansion of the membership and the regulatory scope of the GATT/WTO system, but also heightened levels of preference heterogeneity and distributive conflicts. By enabling groups of states with homogenous preferences to layer new rules on top of the multilateral GATT/WTO system, PTAs enable the continuation of the liberalization path. Consequently, PTAs have served as complements rather than to undermine the WTO.