Colour is the New Black: The Role of Leaders' Fashion in Setting the Tone for the G7 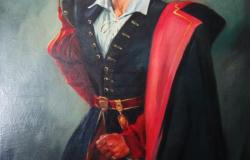 International Media Centre – G7 Charlevoix Summit. The dress code of political leaders and the tone of the meeting are two very closely related factors. For male political leaders, black suits and solid (predominantly dark) coloured ties typically signify a serious and formal atmosphere; whereas for female politicians, neutral or dark-coloured work suits with conservative accessories and shoes perform that same purpose. Bright or cheerful colours and bold patterns are then expressive of a more casual and relaxed atmosphere.

In the above-pictured 2017 European Leaders’ Summit in Malta, for instance, the predominance of dark or neutral colours were favoured, with few exceptions.

The attire donned by political leaders over the years for the G7, however, has often deviated from this strict formal attire to exhibit a more relaxed atmosphere.

At this year’s G7 in Quebec, choices of attire were noticeably chirpy. As host, Canadian Prime Minister Justin Trudeau detracted from black to don a shiny blue suit and brown shoes. In his typical style, he further paired these with a fun pair of patterned socks, constantly visible during the early morning bilateral meetings on the first day of the summit. Japanese Prime Minister Shinzo Abe followed suit (excuse the pun) with a smart casual blue affair. UK Prime Minister Theresa May’s bright purple skirt suit (and leopard print heels, no less!) further emphasised this formal, yet relaxed mood. Other leaders, such as US President Donald Trump and European Commission President Jean-Claude Juncker, sported bold, almost playful, patterned ties. In general then, the G7 meeting appeared to have kicked off with a colourful and cheery atmosphere of friendly formality.

Beyond the superficial appreciation of the fashion choices by politicians, though, this speaks to a larger point of interest: the specific culture of the G7 in comparison to other diplomatic meetings and events.

The formal, structured tone of larger formalised structures and groups, such as the EU, or even the G20, differs from the more relaxed interactions in the G7. As a small and rather homogenous group, the G7 has the benefit of a more dynamic process of diplomacy and collective decision-making. The friendlier, more informal approach that a small group accords to the interactions between the leaders in attendance appears to have been internalised by the political leaders of the G7, and hence prominently reflected in their choice of attire.

This tone has been significant in G7/8 summits, and was most observable in the 2004 G8 Summit hosted by the US in Sea Island, Georgia, where a characteristic family photo was taken of leaders strolling together on the beach, sporting a distinctly smart casual look by doing away with the ties.

Consider this in contrast to summits and conferences that have boasted their own unique cultures in relation to dress. A number of ASEAN and Asian summits have seen leaders dress in various forms of traditional attire. Most prominently, the Asia-Pacific Economic Cooperation (APEC) forum has been notorious for having “class photos” with leaders dressed in the traditional attire of the host country.

This tradition, started by former US president Bill Clinton in 1993 when he handed out leather bomber jackets resembling those previously worn by American fighter pilots to the leaders, is meant to create a relaxed mood at the meetings. With the exception of a three-year hiatus from 2010 to 2012, this has been continued through the years, such as the donning of the Chilean ponchos in 2004 (Santiago, Chile), the traditional Korean durumagi overcoat in 2005 (Busan, South Korea), or “Happy Days” Fonzie motif jackets in 1997 (Vancouver, Canada). Widely dubbed the “silly shirts”, this form of sartorial diplomacy has played a central role in breaking the ice in these summits, encouraging a friendly, relaxed and open atmosphere as the leaders go into meetings and negotiations.