From Cancun to Paris: An Era of Policy Making on Climate Change and Migration 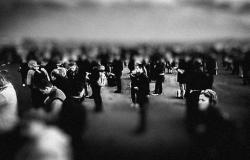