Climate Finance in and between Developing Countries: An Emerging Opportunity to Build On 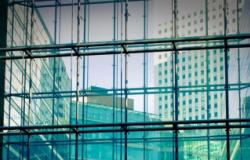 The United Nations Framework Convention on Climate Change (UNFCCC) negotiations are evolving to reflect changes in national and global economic circumstances. However, this shift has been far smaller in the critical issue of climate finance, which remains too mired in an increasingly antiquated North–South, developed–developing country dichotomy. This inertia poses a serious threat to our ability to mobilize the finance required to meet the climate challenge, and could hamstring the new climate agreement countries are seeking. However, an important new trend can help move this discussion forward: the rise of climate finance within and among developing countries. Far from diminishing the need for developed countries to increase their support for mitigation and adaptation in developing countries, so-called ‘South-South Climate Finance’ (SSCF) can help unlock much needed additional resources for the climate challenge. This article provides an initial mapping of SSCF and argues that: (1) the emergence of SSCF offers countries an opportunity to mobilize additional climate finance, including through multilateral development banks (MDBs); and (2) parties to the UNFCCC should track and foster the role of SSCF so as to more effectively align it with ‘traditional’ climate finance that flows from developed to developing countries.

Is the Patent System a Barrier to Inclusive Prosperity? The Biomedical Perspective
Helen Gubby