The G20 and Climate Change: The Transnational Contribution of Global Summitry 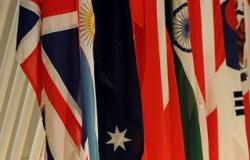 This article examines the prospective role of the G20 (Group of Twenty) in contributing to current efforts to address climate change. This article contends that the G20 has the potential to be a site of policy coordination of economically significant states and transnational policy actors which could support the implementation of the Paris Agreement reached at the 21st conference of the parties (COP21) of the United Nations Framework Convention on Climate Change (UNFCCC) in 2015. While this article demonstrates that the G20 and its predecessors have considered the topic of climate change without great success, it articulates the ways that recent developments within the operation of the G20 offers new prospects for addressing this crucial policy issue. These prospects rest primarily upon seeing the G20 as a form of global summitry which is not only an international forum but also a transnational framework of policy makers which offer the possibility that G20 deliberations can be more open to a wider variety of perspectives and more effectively engage with transnational efforts to address climate change.

The G20 can be a site to orchestrate transnational forms of action to address climate which can support the UNFCCC processes.
The G20 can be a site to further support and coordinate efforts to scale up green financing.
Policy makers can act to ensure that the G20 can utilise its international and transnational capacities to help implement the 21st conference of the parties (COP21) of the United Nations Framework Convention on Climate Change (UNFCCC).
In order to address climate change, leaders from G20 states need to further develop the G20 as a form of global summitry which involves transnational and transgovernmental networks of formal and informal policy making activity.
The G20 can be a site which enhances the transparency and accountability of G20 states with regards to COP21 implementation.
Access Article