Regulatory Unilateralism: Arguments for Going It Alone on Climate Change 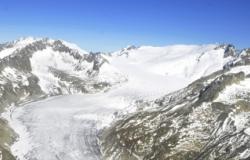 Climate change is a collective action problem that has often been analyzed as a Prisoner's Dilemma. States have an incentive to free ride on the efforts of others. Yet around the globe national and sub-national governments are introducing regulatory measures to reduce emissions that can be fairly characterized as unilateral actions. The US and China, the world's two largest emitters, are at the forefront. Indeed the evidence of states beginning to depart from business-as-usual behavior raises the possibility that the characterizations of climate change as a Prisoner's Dilemma may apply less strongly to the problem and that something else may be starting to happen. Accordingly, this article considers: (i) to what extent nations are taking unilateral action to address climate change; and (ii) in the context of climate change, which is considered one of the greatest global collective action problems the world has faced, what are the possible economic explanations for nations to act in a unilateral fashion and what are the normative reasons for doing so. We justify regulatory unilateralism on economic, geopolitical and moral grounds, and argue that regulatory unilateralism may offer the best hope of triggering a race to cut emissions. A race rather than prolonged negotiations is what is required at this moment in climate history.

Need to gain a better understanding of the extent and depth of regulatory unilateral action on climate change being undertaken by all states at the national and sub-national levels.
Need to question whether the Prisoner's Dilemma framework captures the real-world dynamics of the problem of climate change.
Be aware of the wide range of co-benefits from taking unilateral measures. These go beyond economic benefits to include, for example, the geopolitical benefit a state has from preserving the existing order and avoiding worst-case climate scenarios.
Unilateral measures should be chosen based on a country's regulatory and innovation capabilities.
Access Article

The SDGs: Changing How Development is Understood
Paula Caballero
Special Issue – Knowledge and Politics in Setting and Measuring SDGs