Afghanistan: In Search for an Alternative Route to Stability 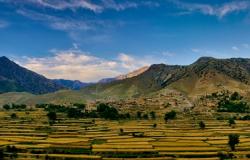 After the US invasion of Afghanistan, while there were some successes in fighting international terrorists in the region, Western attempts at state-building in Afghanistan remain a dismal failure. After years of Western military involvement, the Taliban insurgency today shows no signs of operational decay or a possible defeat. This article argues that Western engagement in Afghanistan only prolongs civil strife and makes room for more radical elements such as the Islamic State of Iraq and Levant (ISIL) to gain a robust foothold in Afghanistan. Domestic conflicts, with the past involvement of the former Soviet Union and the ongoing Western intervention, have bruised and traumatized Afghan society. What the country now needs is a different form of political process that makes peace and reconciliation a top priority. A transition to a peace process will face multiple hurdles, but given their military and economic sacrifices in Afghanistan, the US and its allies should not flinch, but rather face the challenges boldly.