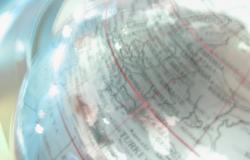 The present contribution first describes the aggravated Middle Eastern power competition in the 21st century, thereby emphasizing two aspects: the concentration of participants in the regional power game to Saudi Arabia, Israel, and Iran, including shifts in regional power distribution; and the recent trend of entanglement of the Israeli–Iranian conflict with that between Saudi Arabia and Iran. Second, it contributes to an explanation of these developments by discussing the explanatory power of approaches based on three paradigms: primordialism, rationalism, and social constructivism. It is shown that a rationalist school of thought – structural realism – does not perform perfectly but nonetheless does rather well in explaining the aggravated power competition in the Middle East and the entanglement of the rivalries of each of the two American allies with Iran. At the same time, it is shown that the best way of bridging some of the explanatory gaps of structural realism in the case of Middle Eastern power politics is to epistemologically embed insights from rationalist schools of thought in a setting of a positivist version of social constructivism. On this fundament, the article explores a Copenhagen School‐inspired approach of securitization to better comprehend recent developments of aggravated Middle Eastern power conflicts.

How City‐networks are Shaping and Failing Innovations in Urban Institutions for Sustainability and Resilience
Niki Frantzeskaki
Vol 10, Issue 4, December 2019