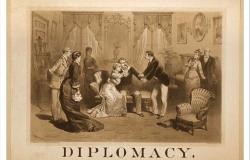 This article analyzes the evolution of concert diplomacy in the past 370 years. It argues that negotiations bridging gaps are vulnerable unless parties have some control over each other. As modern technology makes war more costly, concerted negotiations are becoming increasingly important. This study raises questions about the future role of concert diplomacy in a globalizing world in which states and diplomats are losing their age old hegemony in international relations while some politicians do not shy away from deleting agreements that have already been signed and ratified. Pacta servanda suntseems to lose some of its significance. This contribution concludes with recommendations for enhancing the effectiveness of working together through negotiation processes in concerto, even if the concert becomes unharmonious.

Ten Challenges in Democracy Support – and How to Overcome them
Susan Dodsworth and Nic Cheeseman
Vol 9, Issue 3, September 2018