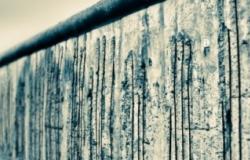 From today's viewpoint, 2016 may well represent the end of the post-Cold War era and the general assumptions that are associated with it. These include the beliefs that the United States remains a European power, guaranteeing the territorial integrity of its European NATO allies, that liberal democracy represents the political system widely seen as the only legitimate normative reference point, and that the future of the European Union will be defined by continued integration into an ‘ever closer Union’. These assumptions have been shaken to the core.