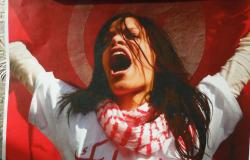 The Middle Eastern regional order has been undergoing profound changes in the current decade. These can be traced back to a reconfiguration of international and regional structures. On the one hand, shifts in US foreign policies towards the Middle East corresponded with new regional dynamics. On the other, the monarchies of the Arab Gulf have become more active in regional politics. In this contribution, we scrutinize these two changes and explore their interplay. We argue that a new regional order has emerged that can be characterized as a highly contested multipolar system in flux. Subsequently, three aspects that constitute and reinforce this disorderly regional system of the Middle East are discussed: first, the securitizing of policies by regional and extra‐regional political leaders; second, the increasing disintegration of regional institutions; and third, the emergence of lasting war zones. The paper concludes with a discussion of the meaning of these profound dynamics for future aspects of Middle Eastern regional affairs.