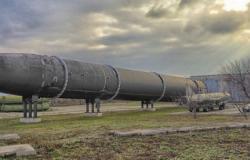 Injustice and inequity are fundamental to the possession of nuclear weapons. But these concepts have not been at the forefront of mainstream discourse surrounding these weapons, which has instead focused on concepts of ‘deterrence’, ‘strategic stability’, and ‘national security’. The Humanitarian Initiative (see the introductory essay in this Special Section for background) recaptures ground in terms of how nuclear weapons are discussed and perceived internationally. The reemergence of a focus on the physical effects of a nuclear weapon detonation has initiated a process of stigmatising these weapons. But this changing discourse, in order to effectively lead to the elimination of nuclear weapons, also requires the recognition that nuclear weapons represent an elite threat of terror and perpetuate inequity between countries, with broader implications for humanity. Arguments about injustice help unmask additional aspects of the unacceptability of nuclear weapons. Within this broader critique, gender analysis is crucial, helping to illuminate and challenge structures of power that sustain nuclear weapons. This is not a theoretical exercise. It has practical implications for pursuing the prohibition and elimination of nuclear weapons. A gender perspective challenges governments and people to act on moral, ethical, humanitarian, legal, political, and economic grounds without waiting for those benefiting from the status quo.

Objectivity as Distance or Engagement: The Riddle of SDG Measurement
Pali Lehohla
Special Issue – Knowledge and Politics in Setting and Measuring SDGs