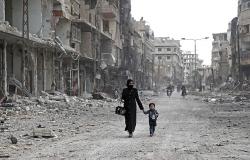 The current context of increasing entropy in international politics characterizes actions and relations on many levels: internationally among leading regional states, and domestically, within states. Following a few decades of progress in conflict management after the bipolar system. Major regions of the world have seen dedicated attempts to bring conflicts under control in the current decade failing for lack of ripeness, tradeoffs, reframing, mediation and support. New structures of world order embodying high values such as the UN/World Bank sustainable peace are good to keep in mind but in the meanwhile there is a need for smaller, immediately feasible measures, procedural and structural, to build and channel interim responses until the disorder of the system can be overcome. Examples are offered here, focusing on regional conflict, coalition of the willing responses, but also on building state capacity and legitimacy.

Social Investment According to the OECD/DELSA: A Discourse in the Making
Rianne Mahon
Vol 4, Issue 2, May 2013