Keep Calm and Carry On (Differently): NATO and CSDP after Brexit 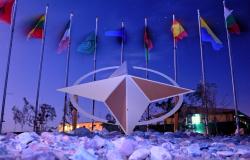 This article investigates the impact that Brexit could have on the relationship between NATO and the Common European Security and Defence Policy (CSDP). The relationship between NATO and CSDP has historically not been straightforward and Brexit seems to have intervened as an aggravating factor. In fact, the EU has launched a series of military initiatives and it has now renewed its ambition to create separate military headquarters from NATO. The UK will join countries such as Norway and Turkey in being a member of NATO but not of the EU, affording greater importance to NATO to the detriment of cooperation with its European allies. This article provides an analytical framework to analyse the possible effects of Brexit upon the EU–NATO relationship. In so doing, it lays out three distinct levels of analysis. These are the state level, the inter‐organisational level and, finally, the personnel level. The levels of analysis allow us to generate empirical observations, which then lead us to suggest three scenarios for the development of the EU–NATO relationship beyond Brexit.

Not Seeing the Wood for the Trees
David Alex Rogers and Karen Sack
Vol 3, Issue 4, November 2012