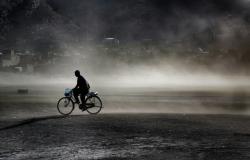 The US withdrawal from Afghanistan is being seen as much of a setback for the US, as for India. New Delhi's perspectives are shaped by its concerns over security and, overwhelmingly, the role of Pakistan in the region. Afghanistan has, in the past, provided camps for training Pakistani and Kashmiri militants. But India has, in the meantime strengthened its border defences significantly and will be able to easily handle the challenge. As for narcotics, it operates on a plane of its own and is not related to the ebb and flow of terrorism and militancy in Indian Administered Kashmir (IAK). Pakistan is certainly flying high in the Af–Pak region with a government of its choice in place in Kabul. But it has its own constraints, not in the least its economic situation. An India–Pakistan reconciliation would go a long way in further reducing the non-traditional security threats/challenges and enhancing stability in Afghanistan.

Photo by Mohammad Husaini from Pexels