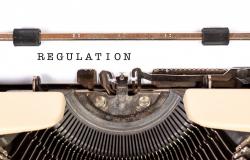 The international community has been debating lethal autonomous weapons systems (LAWS) under the auspices of the UN Convention on Certain Conventional Weapons (UN‐CCW) since 2014. Here, a growing number of states from the Global South have been active participants and expressly support a preventive legal ban of fully autonomous systems. This is an interesting observation for two reasons: first, their vocal activism within a UN disarmament forum is noteworthy as these sites have often not been associated with significant representation from the Global South, not least due to financial pressures. Second, their engagement speaks to an evolving critical agenda in norm research, recognising developing states as norm‐makers rather than norm‐takers and thereby counteracting a long‐standing hierarchical depiction of norm promotion, development, and diffusion. The article therefore studies ongoing international deliberations on LAWS from the perspective of the Global South as potential norm‐makers.

Indicators as Substitute for Policy Contestation and Accountability? Some Reflections on the 2030 Agenda from the Perspective of Gender Equality and Women's Rights
Shahra Razavi
Special Issue – Knowledge and Politics in Setting and Measuring SDGs

The G20 and Food Security: a Mismatch in Global Governance?
Jennifer Clapp and Sophia Murphy
Vol 4, Issue 2, May 2013