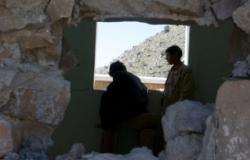 This survey article examines the ways in which the UK government has attempted to manage criticism of its arms exports to Saudi Arabia. Hitting the headlines since 2015 due to widespread, credible allegations of serious violations of international humanitarian law committed by the Saudi-led coalition in the war in Yemen, UK arms sales are now subject to unusual levels of parliamentary, media, NGO and legal scrutiny. The article outlines the government's strategies for managing criticism in order to both deal with domestic dissent and maintain good relations with the Saudi government. Paying attention to such strategies is an important means of analysing how arms transfers are justified and facilitated, and how governments manage the contradictory pressures to both promote and restrict arms exports.