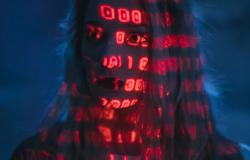 The paper examines the distributive and collective effects of the United Nations (UN) reform proposal by the Group of Four (G4) which envisions a 25-member Security Council with four additional non-permanent and six additional permanent members. Academic scholars and affected states have argued that adding more (veto) players to the Council would reduce the voting power of the five current permanent members (P5) and undermine the effectiveness of the body as a whole. Projecting General Assembly voting records of current and proposed permanent members from 1991 to 2017 onto an enlarged Security Council, our analysis suggests that the chance to pass a favorable resolution increases for most P5 members and that in most scenarios such a Council would pass not less but more resolutions. This should be of interest to UN members, and G4 countries in particular, as it allows them to argue more forcefully for the implementation of their proposal.