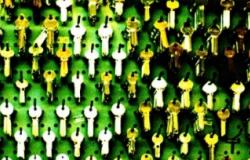 The United Nations Security Council is the primary international body in charge of upholding international peace and security. Permanent and nonpermanent member states share in the responsibility to avert great power conflicts and thwart asymmetric disputes, regional instability and civil war, but the former task has priority and the prerogatives and therefore the obligations of the five permanent member states widely exceed those of countries that hold two-year elected seats. The bifurcation of roles nevertheless produces ‘responsibility shirking’, which weakens Council performance on the latter type of tasks. This article suggests that responsibility shirking is underreported in the literature even though it is well known to diplomatic practitioners. It considers three types of remedies to the situation, arguing that amendments to the UN Charter or the Provisional Rules of Procedure are unlikely, but that piecemeal and pragmatic reform could precipitate a change of mindset. In particular, allowing nonpermanent member states to co-chair the drafting of resolutions is likely to engage all member states in the core business of the Council.

Elected member states (E10) should be engaged in the core business of the UNSC by way of piecemeal and pragmatic adjustment to existing working methods and ‘ways of doing things’.
Permanent member states (P5), which in recent years have indicated they are prepared to charge the former with additional tasks, should facilitate this development.
The notion of ‘shared penholdership’, which allows E10 countries to initiate and co-draft Council resolutions, ought to be a test case of such adjustment.
P5 countries must nevertheless make sure that the quality of resolutions does not suffer and that a collaborative atmosphere at the UNSC is maintained
Access Article