Russia, Central Asia and Non-traditional Security Threats from Afghanistan following the US Withdrawal 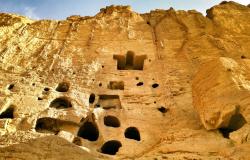 In the early 21st century, non-traditional security threats such as terrorism and narcotics trafficking drove the revival of post-Soviet Russia's interest in and concern about the Afghan problem. This article outlines main security threats for Russia and Central Asia in Afghanistan during two decades of the United States (US) presence, identifies new risks, aggravating circumstances, and threat reduction factors following the US forces’ final departure and Taliban's comeback to power since 2021, and explores ways to counter main Afghanistan-related security risks. For Russia and broader Eurasia, actual and potential non-traditional security threats emanating from Afghanistan are likely to persist under the Taliban's second rule. However, none of them are unmanageable. While inside Afghanistan, much depends on the new Taliban authorities’ performance, it is up to the Central Asian states themselves and to Russia as their Eurasian security ally to hedge against potential scenarios. If the security pillar of Russia's response is confined to Central Asia and Collective Security Treaty Organisation (CSTO), the political-diplomatic one extends to broader region and beyond. Overall, Russia has learnt its own historical lessons on Afghanistan: Moscow now prioritizes collective action in cooperation with regional powers, under multilateral frameworks extending beyond the region, and at the United Nations (UN).

Existential Security: Towards a Security Framework for the Survival of Humanity
Nathan Alexander Sears