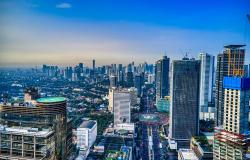 Autonomy arrangements short of secession have been popular among international actors as a solution to deadly self-determination conflicts. However, the number of peace agreements incorporating autonomy, while clearly eliminating the possibility of secession, is limited in practice. According to the literature, this is because: (1) ethnic rebels are too weak militarily to extract substantial concessions from national governments; and (2) because the governmental offer of autonomy is not credible to rebels. Drawing upon the single case study of Aceh, this research examines how warring parties overcome these two obstacles and successfully settle ethnonational conflicts through autonomy. First, although ethnonational conflicts do not tend to be costly over a single year, they often last for decades, and the accumulation of this cost over years can be substantial. In light of this long-term cost, national governments have incentives to offer substantial concessions to stop the conflict from persisting indefinitely. Second, rebels could sign the agreement if they perceive that their autonomy is internationally guaranteed in the long term. It is imperative for international policy makers to consider these points when they try to help resolve ethnonational conflicts through autonomy.