When the Flames are Licking at the Door: Standing Mechanisms for Conflict Prevention 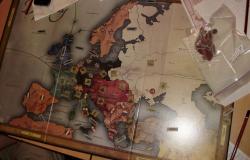 Enhancing the effectiveness of conflict prevention is a major preoccupation of the international community. This article focuses on operational prevention of conflict, which entails diplomatic efforts to avert imminent violence in crisis situations. The conventional understanding is that these efforts are short‐term and sporadic. In contrast, this article identifies and analyzes a type of operational prevention that has been institutionalized in order to engage in continuous preventive action in a particular conflict. I define ‘institutionalized operational prevention’ as a standing mechanism that aims to prevent a conflict from becoming violent and prevent low‐level violence from escalating into large‐scale violence. The article discusses a number of such mechanisms that have been successful in this regard, and offers an explanation for their success. Policymakers should consider establishing standing prevention mechanisms in other situations that have a persistent risk of large‐scale violence. Where structural reforms are required to reduce this risk but are politically unfeasible, the standing mechanisms may be the only viable means of avoiding violence.