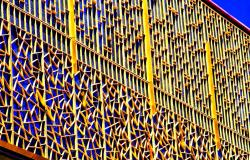 This article adopts a holistic view of the theoretical and empirical interconnection between the development and foreign policies of four Asian rising powers: South Korea (hereafter Korea), Japan, Indonesia and China during three consecutive periods; the Washington Consensus (WC) era (1980–1990), the Post-Washington Consensus (PWC) era (1990–2008) and the Hybrid/Mix (H/M) era (2008–onwards). This study aims to elucidate and compare the level of coherence between the development agenda and foreign policy tools of these four Asian rising powers. First, the article provides an overview of the existing literature on the developmental state and developmental foreign policy. Second, it presents a development-foreign policy nexus (DFN) framework that takes into account five layers: (1) economics; (2) diplomacy; (3) security and peace; (4) civil society; and (5) state-market, and their related lines of action and instruments. The last part applies this DFN framework to our selected cases and provides comparative insights based on our newly created DFN Index scores, calculated separately for the four countries in each of the eras under review. In the final analysis, the results of our DFN Index and comparative case studies indicate that since the 1980s, in the selected four countries development has almost become subordinated to foreign policy and this coherence has continued to increase since the end of the 1990s.

The Commitment to Disaster Risk Reduction as a Bridge between Humanitarian Aid and Sustainable Development
Francesca Pusterla
Vol 8, Issue 4, November 2017