The Design of Environmental Priorities in the SDGs 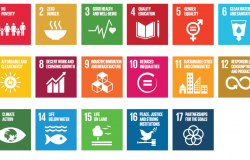 This article argues that the environment was extensively incorporated into the Sustainable Development Goals (SDGs), with broad and ambitious targets, reflecting environmental concerns throughout the SDGs. Many environment‐related targets – including some of the most important ones – were placed under ‘non‐environmental’ goals. The SDGs also adopted the view that economic growth can be made environmentally sustainable using ‘decoupling’ and ‘resource efficiency’ as key technological solutions. Governments rejected a more transformative objective ‘beyond GDP’, the concept of planetary boundaries, and strong implementation mechanisms. Most disappointing, the environmental elements in many targets were not included in indicators, or the indicators lacked ambition, or were watered down. Key factors in achieving the strong and integrated approach to environment and development at the level of goals and targets were: (1) the role of new ideas on the importance of the environment and an integrated approach to sustainable development which was promoted by the science and research community; (2) a group of norm entrepreneurs, who promoted these ideas; and (3) the institutional structure and working modalities of the Open Working Group (which drafted the text of the SDGs) whose special characteristics facilitated the final agreement. The dilution of the indicators resulted from a very different institutional structure and process with different actors and from the development focused legacy of the Millennium Development Goals (MDGs) that had not resulted in sufficient capacity for thoroughly measuring environmental concerns.