How to Foster Sustainability 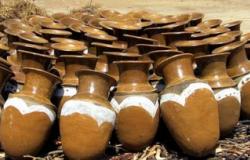 While the US government spends less than 1 per cent of its budget on foreign assistance, it has added up. Since 2000, the US government has spent more than $280 billion on bilateral and multilateral assistance; the EU has spent $1.4 trillion. In 2011 alone, citizens worldwide spent another $56 billion on foreign donations, which is three times more than the US government. And while most taxpayers believe that this spending supports ‘sustainable development,’ our Valuing Voices research shows that 99 per cent of projects these funds paid for are not evaluated after the funding stopped. Unfortunately, this continues: in 2014 alone, the US government spent $20 billion and the EU spent $80 billion on program assistance without any plan for post-project evaluations. This does not mean the projects are not sustainable; we simply do not know.

Global Economic Prospects: The Recession May be Over but Where Next?
Yilmaz Akyüz
Vol 2, Issue 2, May 2011