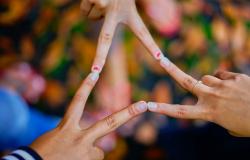 This paper examines whether and how the imperatives of measuring Official Development Assistance (ODA; or development aid) are being translated to the policy world of South–South cooperation (SSC). Through a historical and political ethnographic account of a decade of global policy debates on Southern-led development cooperation between 2009 and 2019, the paper argues that growing conversations on ‘SSC effectiveness’, and how to measure it, reflect both prevalent ‘measurementalities’ in the field as well as ‘traditional/Northern donor countries’ continuous will to socialise and integrate ‘(re)-emerging Southern providers’ into existing aid norms and practices. The paper also demonstrates Southern powerhouses'—such as Brazil, China, and India—agency in these accountability-related debates and their will to integrate differently into the ‘aid system’ by proposing alternative tools to measure SSC flows and initiatives in their own terms. Finally, the paper argues that unfolding negotiations over quantifying, reporting, and evaluating Southern-led development cooperation reflect the politicised consolidation of SSC in the second decade of the 21st century. Current impasses at the multilateral level, moreover, reveal unsolved North–South disputes over power, status, and responsibility in international development and international affairs, more broadly.