Latin America and the AIIB: Interests and Viewpoints 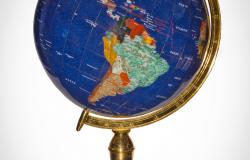 This essay gives insight into the interaction of the Asian Infrastructure Investment Bank (AIIB) with Latin America and the Caribbean (LAC). The AIIB has expressed a clear interest in LAC, accepting eight countries as ‘prospective’ members pending paying‐in their capital, but LAC shows almost no stamina. It is the world's only region lacking even one paid‐in member. So long as Beijing backs the request, prospective membership only requires writing a few letters. But LAC's inertia in officially joining, by passing legislation and making their capital contribution, is puzzling, given the benefits that lie untapped. The likeliest cause is their own culture of sheer negligent short‐sightedness (‘let's do it mañana’). This tendency to adjourn the acid test of action could be mitigated if countries in the region adopt long‐term non‐partisan National Development Plans to strengthen their institutional policy‐making capacity. For their part, the AIIB's Governors and Beijing, despite their initial keen interest in LAC, have had to give up nudging and adapt themselves to the Latin Americans’ labile perception of time in order to conserve their public image. They must remind LAC that only paid‐in members receive financial benefits.