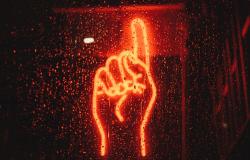 This paper tests whether Chinese FDI disproportionately flows to poorly governed African countries, compared to those of the West. It also explores whether UN voting alignment between home and host countries, development loans from the former to the latter, and host countries’ market size, natural resource wealth, and per capita income impact Chinese and Western FDI flows differently. It finds that governance quality among African countries plays a positive role in predicting their FDI inflows – from both Western countries and China. The only governance indicator that has a significantly lower impact on Chinese FDI than that of the West is corruption controls, and only when South Africa is excluded from the models. Even then, however, the relationship between corruption controls and Chinese FDI flows is positive in absolute terms. Beyond governance, this paper finds that UN voting alignment and development loans have a significantly larger impact on Chinese FDI than that of the West and that the opposite is true with regard to market size and per capita income.

Photo by Ellie Burgin from Pexels