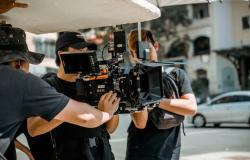 Since 1991, the Chinese government has implemented a number of film policies which have sought to provide subsidies in order to promote this industry. Specifically, it is seeking to boost the so‐called ‘mainstream films’ which serve the purpose of distributing the state’s ideology and beliefs. However, these policies, such as tax relief and seat tax, have not helped to boost the production of this particular type of film. By drawing upon comparisons with subsidy policies in France and Korea, this paper provides explanations for why, after twenty years of market‐based reform in the film industry, China’s subsidies have not achieved the same results as these countries. In fact, they have deteriorated the quality and quantity of these mainstream films rather than helping them to become internationally more competitive. In this respect, this paper assesses the state of the mainstream film sector through the prism of Porter’s diamond model on competitiveness. This approach provides evidence of the real competitiveness of Chinese‐produced films, which could have crucial implications for the consistent application of ongoing subsidy policies.

Photo by Lê Minh from Pexels

The WTO in Nairobi: The Demise of the Doha Development Agenda and the Future of the Multilateral Trading System
Rorden Wilkinson, Erin Hannah and James Scott
Vol 7, Issue 2, May 2016