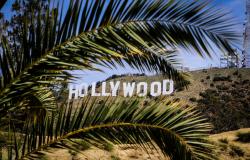 In the 1930s Hollywood enjoyed a popular following in the Japanese film market, accounting for almost 90 per cent of imported sound films. Against a backdrop of emerging political tensions and war in China, the Japanese government announced in 1937 that it would place a ban on Hollywood film imports. This was a move that ushered in a new era of protectionism for Japan’s emerging film industry. Following this decision, Hollywood studios engaged with Tokyo and sought an agreement to ease the new restrictions. After a period of intense discussions, the Japanese government agreed to lift the ban albeit with certain conditions. This paper examines protectionism in the Japanese film market and considers the impact of political forces, both domestic and international, on the decisions made. It will show that economic factors were mostly behind the decision to implement the ban and therefore facilitated the reaching of an agreement between the two sides. Furthermore, the interests of the domestic film industry who would benefit from the import of Hollywood films helped lift the ban.

Photo by Edgar Colomba from Pexels