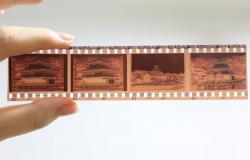 The film industry is closely linked to the nation’s culture and economy. With globalization, however, it has become more engaged in international operations through film co‐production. Paradoxically, this instrument emerged as a type of discriminatory measure as well as reflected growing interest in regionalism, notably among European countries facing the dominance of US films. To strengthen this scheme, state subsidies have been widely offered, which has led to it being positively adopted in Europe and beyond. Given this political context, the double‐facet of co‐production should be carefully understood when this scheme is implemented to promote the film industry. In this regard, it is important to understand clearly how co‐production functions and crucially its real impact on the film industry. This paper reveals that in contrast to the common perception, co‐production leads easily to cultural paucity, rather than cultural diversity across various aspects. Additionally, subsidies to promote co‐production distort it further and make it easier to be exploited. Therefore, such a consideration should be taken into account when redesigning the co‐production scheme if governments wish to help promote the national film industry and cultural diversity in the era of globalization.

Photo by Luriko Yamaguchi from Pexels

Experiencing Time and Space within the United Nations
Leah R. Kimber and Lucile Maertens
Special Issue - Time and Space in the Study of International Organizations