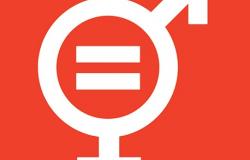 This study examines country's voluntary national reviews (VNRs) to assess global commitment to gender equality in the era of the Sustainable Development Goals (SDGs). While the SDGs promise realisation of gender equality, progress data indicate that gender equality will not be achieved in the next century, let alone by the SDGs target date of 2030. This study posits two explanations for slow progress on gender equality: (i) countries selectively pursue gender equality, as evidenced by our finding that country VNRs demonstrated commitment to achieving only 31% of extant gender equality gaps;and (ii) countries are more committed to achieving gender equality on ‘practical’ dimensions (i.e., relating to basic needs, such as maternal health and education) than ‘strategic’ dimensions which seek to challenge unequal power relations and women's subordinate position within society (e.g., income, land, political power). Whether via refinements to the SDG/VNR process, or through well-established gender platforms such as the World Economic Forum Global Gender Gap Index and Equal Measures 2030 SDG Gender Index, gender equality advocates must push for pursuit of the entirety of the holistic gender equality agenda as hard-fought for and agreed by the seminal Beijing Platform for Action. Without greater attention to strategic dimensions, women will be stuck in a vicious cycle of ‘empowerment without power’ and gender equality will elude women for yet another century.