An architecture for a net zero world: Global climate governance beyond the epoch of failure 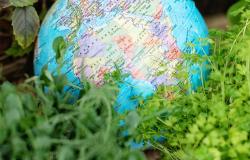 In the wake of the 2021 Glasgow meeting of the Paris Agreement, where states embedded a 2050 pathway to net zero that will overshoot the Earth's remaining carbon budget for 1.5°C, attention is turning to the flaws of the UN Framework Convention on Climate Change. This article highlights ways in which it blocks effective climate action, which has been acknowledged by states who are now pursuing voluntary and nonbinding initiatives on coal, forests, and oil and gas. The article assesses new proposals for treaties on deforestation, the elimination of coal, and a fossil fuel nonproliferation treaty. It argues that states should take these proposals to the UN General Assembly and adopt them as binding treaties consistent with holding global heating at 1.5°C. Following the model of the Nuclear Weapons Convention it further argues that these treaties should be folded into a full Greenhouse Convention, supported by a powerful International Climate Agency, to secure a net zero world. Drawing upon new proposals for an Earth-centric law that takes in the totality of social-natural processes at the planetary scale, these proposals could form part of a reformed international legal architecture that could be equal to the diabolical governance challenges of the Anthropocene.