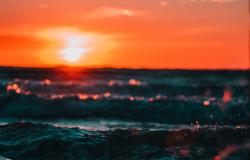 Solar geoengineering (SG) entails using technology to modify the Earth's radiative balance to offset some of the climate changes caused by long‐lived greenhouse gases. Parametric insurance, which delivers payouts when specific physical indices (such as wind speed) cross predefined thresholds, was recently proposed by two of us as a compensation mechanism for SG with the potential to ease disagreements about the technology and to facilitate cooperative deployment; we refer to this proposal as reduced‐rate climate risk insurance for solar geoengineering, or ‘RCG’. Here we probe the plausibility of RCG by exploring the Pacific Catastrophe Risk Assessment and Financing Initiative (PCRAFI), a sovereign risk pool providing parametric insurance coverage against tropical cyclones and earthquakes/tsunamis to Pacific island countries since 2013. Tracing the history of PCRAFI and considering regional views on insurance as compensation necessitates reconfiguring RCG in a way that shifts the focus away from bargaining between developed and developing countries toward bargaining among developed countries. This revised version of RCG is challenged by an assumption of broad developed country support for sovereign climate insurance in the developing world, but it also better reflects the underlying incentive structure and distribution of power.

Photo by Александр Прокофьев from Pexels

Arduous Learning or New Uncertainties? The Emergence of German Diplomacy in the Ukrainian Crisis
Wolfgang Seibel
Special Issue: Changing the European Debate: A Rollback of Democracy