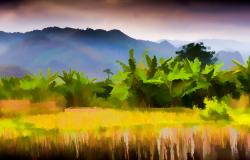 Following the 2007–2008 world food price crisis, the value of developing world agricultural land shot up, raising concerns about a ‘land grab’, In response, the Committee on World Food Security (CFS) promulgated the Voluntary Guidelines on the Governance of Tenure of Land, Forests and Fisheries (VGGT) in an effort to strengthen the land rights of customary users. How do we explain the VGGT's emergence? The argument I make is that the VGGT was largely due to the efforts of a group of non-governmental organizations that effectively transformed debates over developing world agricultural land from an economic or consequentialist issue of increasing farm productivity and output into a moral or deontological one of protecting the human rights of those who worked the land through customary use. The article addresses the utility of the VGGT as an instrument for strengthening land rights along with its limits.

The Future We Get Might Not Be the Future We Want: Analyzing the Rio+20 Outcomes
Philipp Pattberg and Ayşem Mert
Vol 4, Issue 3, September 2013

The BRICS’ New Development Bank: Shifting from Material Leverage to Innovative Capacity
Andrew F. Cooper
Vol 8, Issue 3, September 2017
The Other Red Line: The Use of Rape as an Unlawful Tactic of Warfare
Janet Benshoof
Vol 5, Issue 2, May 2014