Sharing the Benefits of Asteroid Mining 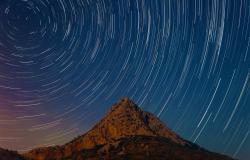 Near-Earth asteroids (NEAs) hold metal reserves that could sustain global consumption for millennia. Unresolved questions of technological and economic feasibility notwithstanding, NEA mining could ensure the accessibility and affordability of key strategic resources, contribute to sustainability transitions and displace environmentally and socially harmful terrestrial mining. Based on implicit and explicit normative commitments towards the common heritage principle in international space law, we develop the outlines of a regime for the fair and equitable sharing of the benefits resulting from NEA mining. For doing so, we analyze the linkages between institutional design and regime effectiveness for benefit-sharing regimes in the areas of deep-sea mining and plant genetic resources for food and agriculture. Attempting to control for differences in problem structure, we transpose this analysis to the case of NEA mining, where an effective benefit-sharing regime would revolve around the following elements: standardized exploration and exploitation contracts, back-end benefit-sharing as a percentage of commercial profits, research exemptions, compliance mechanisms for preventing and reducing space pollution, as well as a reserve banking system for mining claims. For the contemporary political debate on space resources, we thus aim to provide a feasible alternative to the exclusive appropriation of space resources through private property rights.