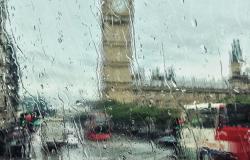 This article examines the role of the accession of the UK in the development of the European Community's consumer policy. It will show that British accession boosted the development of EC consumer policy by influencing the European Commission's 1975 programme for consumer and information policy and by providing the Commission with political legitimation for developing its new consumer policy. Beyond accession in 1973, British membership in the EC contributed to the eventual prioritisation of an economic model of European consumer citizenship over competing approaches that favoured consumer protection in the EC from a social policy rationale. This historical examination reveals long term tensions between the UK’s preference for market liberalisation and the creation of the common market, on the one hand, and attempts to safeguard national regulation, on the other – tensions which would resonate throughout the UK's membership of the EC/EU and beyond the area of consumer protection.

Photo by Sid Ali from Pexels