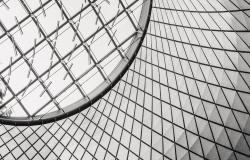 As BRICS advances into its second decade of existence, it transitions from a multilateral alignment to bilateral arrangements among the five members. This ‘bi-lateralization’ of BRICS expands the ‘menu’ of the BRICS ‘multilateralism à la carte’ by allowing members to limit cooperation when their interests diverge and to benefit from collective action through BRICS when their interests converge. This paper argues that, from the standpoint of countries like Brazil, the India–China border dispute and broader competition in the Indo-Pacific demonstrate the ‘bi-lateralization’ of intra-BRICS relations as they thwart the development of a common narrative on issues like global health, security and trade. Contrarily, the bi-lateralization of BRICS also gives members more flexibility as they manage various domestic and international challenges, which is crucial for the grouping’s survival. The experience of the BRICS-led New Development Bank (NDB) illustrates how the five countries can still cooperate as a coalition in pursuit of common objectives such as sustainable development and infrastructure. The lack of robust mechanisms to realize these objectives, however, raises questions about NDB’s capacity to help BRICS to cooperate more like a community.

Photo by Laura Tancredi from Pexels