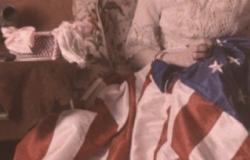 The US faces a crisis of governance that lies in the deep, long-term polarization of its party system. While exacerbated by the recent financial crisis and recession, polarizing trends can be detected as early as in the late 1970s. Over the course of four decades, a combination of ideological division and intense electoral competition has eroded the bipartisan glue that our fragmented policymaking institutions require to function. As a result, the US has generally been unable to address pressing long-term policy problems within the ‘normal’ constitutional framework, if at all. First, the branch of government closest and most representative of the people, the Congress, has declined precipitously in terms of power and public standing. Second, our extremely divisive politics and unmet policy challenges have eroded citizens’ faith in the American government. Finally, polarization has created and reinforced widening economic disparities that have generated substantial political inequalities.