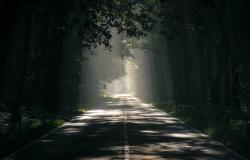 Second, 2020 marked the point in which the founding editorial team of GPNG passed on the torch to the next generation of early-career editors. We were delighted to welcome on board Janina Pescinski, Katharine Petrich and Anastasia Ufimtseva in August last year, and extremely pleased to announce that the founding editors, Amna Kaleem and Emma Lecavalier were to join the newly formed Editorial Board of GPNG, alongside two new editorial board members Vladimir Bogoeski and Rishikesh Ram Bhandary. It would be remiss of us to suggest that the editorial torch had merely been passed on, however, as the new editorial team have taken the strong foundations left by the previous team and brought new ideas, new perspectives, and new academic content to the project in a manner which has firmly established GPNG’s reputation as a cutting-edge early-career platform.

In Spite of the Spite: An Indian View of China and India in BRICS
Sreeram Chaulia
Vol 12, Issue 4, September 2021
The EU's Future Role on the Global Stage
Alexander Ruser and Helmut K. Anheier
Special Issue: Changing the European Debate: Focus on Climate Change