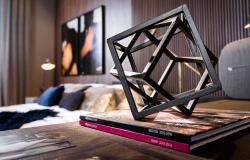 The Paris Agreement on climate change brought states from the North and South together under a common framework to reduce emissions of greenhouse gases. This was a remarkable institutional adjustment for a regime that had always maintained a strict distinction between developed and developing countries and imposed meaningful obligations only on the former. To better understand this change, I look at the negotiations surrounding the issue of ‘differentiation’. The rising emissions of the emerging economies created a demand for institutional change on the part of key industrialized countries; however, they faced resistance from the increasingly assertive BASIC group (Brazil, South Africa, India and China). The challengers ultimately adopted strategic cooptation as their main negotiation strategy, offering compromises in the areas of climate finance and the legal form of new commitments. The climate case sheds light on the impact of power shifts in the domain of global environmental governance and illustrates that calls for change sometime comes from established rather than rising powers.