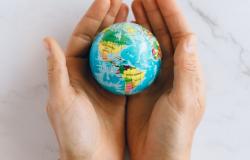 The New Development Bank (NDB) and the BRICS Contingent Reserve Arrangement (CRA) were built by Brazil, Russia, India, China, and South Africa (the BRICS countries) in response to the ‘disappointing’ Bretton Woods Institutions, including the World Bank and the International Monetary Fund (IMF). The main difference between the Bretton Woods Institutions and the BRICS institutions is that the latter adopts an equal-weight system instead of a weighted voting system in the NDB (all five BRICS countries have equal shares and voting weights regardless of the major differences in their economic weights) and uses consensus instead of majority voting rules to make decisions regarding critical issues in the CRA. In fact, both the equal-weight system and consensus rule are unprecedented in the history of multilateral financial institutions. The World Bank, the IMF, the Asian Development Bank and even the Asian Infrastructure Investment Bank (AIIB) all adopt weighted voting systems and majority voting rules. We explain why the BRICS countries adopt these unprecedented designs through precise power measurements and carefully designed experiments. First, we measure the voting power of each member of the BRICS’ NDB and CRA under the current decision-making systems, using this information as a control group. Then, we remeasure the voting power of each member of the NDB under the assumption that their shares and voting weights are allocated according to their economic weights; additionally, we remeasure the voting power of each country of the CRA under the assumption that majority rules are adopted when decisions are being made on critical issues. Moreover, we establish evaluation indices of power equality and power equity based on classic and variant Gini coefficients and Lorenz curves and use them to assess and compare the power structures of the BRICS’ NDB and CRA in the contexts of different voting weight reallocations and different voting rules redesigns. We use these indices to precisely analyse whether the power structures of the BRICS institutions become more equable or equitable in the examined contexts and to investigate the relationship between equality and equity in this setting.