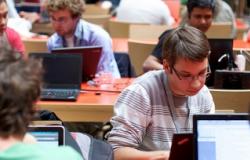 Cyberspace is an integral part of modern societies and has transformed global social and economic relations in the 21st century. From an arcane and technical domain on the margins of international policy debates, cyberspace has entered the realm of high politics and is an important feature of contemporary debates on global governance. During the 2014 India Conference on Cyber Security and Cyber Governance, Indian academic and foreign policy analyst C. Raja Mohan opined that ‘the age of innocence is over … the widely held beliefs that cyberspace will be a libertarian utopia for individuals and a technological cornucopia for corporations now look utterly unrealistic … the experiment in constructing a cyber world beyond states has come to an end’. In other words, cyberspace is no longer the apolitical province of nonstate actors. Its power and ubiquity make it inherently political, and states increasingly seek to assert their sovereignty in this domain. While cyberspace presents unprecedented opportunities for economic growth, innovation and development, it also entails unparalleled risks. According to the chair of the 2015 Global Conference on Cyberspace (GCCS), ‘the potential for malicious cyber activities by State and nonstate actors to create instability and mistrust in international relations is increasing’. A clear need exists for building confidence, capacity and consensus among key stakeholders to ensure stability and predictability in international cyber relations.

Additional Challenges in Democracy Support and the Need for Donors to Confront some Neglected Issues
Kebapetse Lotshwao
Vol 10, Issue 1, February 2019

Do Diaspora Engagement Policies Endure? An Update of the Emigrant Policies Index (EMIX) to 2017
Pau Palop-García and Luicy Pedroza
Vol 12, Issue 3, May 2021