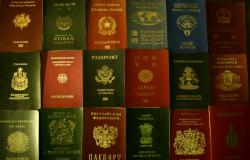 The paper theorizes a general political‐social condition of stateless peoples, which is particularly manifested in East Asia, where traditional empires and peoples have been broken apart by imperialism, nation‐states, Japanese invasion, communist revolutions and the Cold War. Based upon such observation, the paper develops a political account of people, self‐determination and intervention. It argues against the two current major accounts, primary right theories and remedial right only theories. Both accounts fail to speak to the political‐social reality faced by stateless peoples. To develop its thesis, the paper pursues two questions: Who should be recognized as a people among stateless groups? When does such a people acquire the right of self‐determination that legitimizes intervention? For the first question, the paper draws upon Iris M. Young's concept of social group and Hannah Arendt's notion of power to elaborate a ‘power’ account of people. A right of self‐determination is understood as a people's right to international protection of their self‐protective power. The paper then expounds a Lockean condition that triggers the right of intervention to protect that power. It briefly uses the cases of the Rohingya and Hong Kong to illustrate its argument.